My Heart is Heavy for My Continent, But My Feet are Light Bukavu 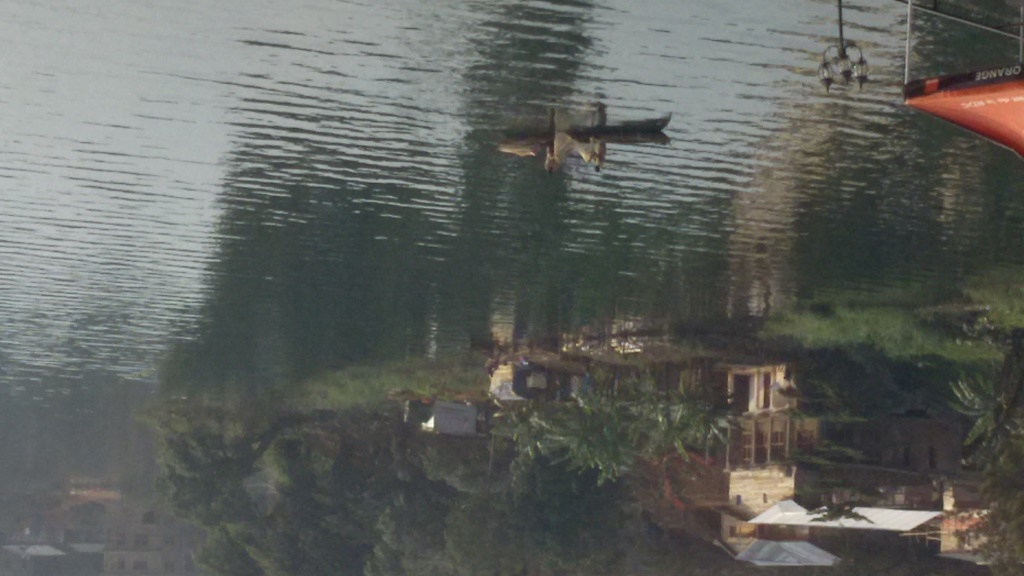 My Heart is Heavy for My Continent, But My Feet are Light Bukavu

I woke up this morning at the shore of Lake Kivu to the sound of fishermen singing as they rolled in their morning catch. There are few sights as breathtaking as the sun glistening off the ripples of one of Africa’s Great Lakes with canoes linked together on the surface and the hills of Bukavu slowly appearing from the morning mist as backdrop. For a minute I was engulfed in that cocoon of peace and awe which only nature has the power to create. For a minute. Then I remembered.

Last night the last thing I heard was that an armed group had taken the nation of Burkina Faso hostage. I had gone to bed hoping that by morning this horror would somehow have undone itself. I now slowly stepped out of the wonderful cocoon to turn on the television. The nightmare now had a name and faces. The presidential guard, the same one that had guarded the Burkinabé dictator for 27 years; at less than one month to what was going to be a historical election in Africa, this group of armed men, representing no one but themselves (and perhaps the ousted dictator – it still remains to be seen), had hijacked one of the most astounding revolutions Africa has seen in the last 50 years.

Last year, after 27 years of suffering through a dictatorship, Burkinabés took to the streets and in 72 hours, through largely peaceful protests, ousted their dictator. They then took to the streets several times again in the next 72 hours, to ensure that their revolution would result in a democratic transition. In the last year they have written a new constitution, reformed their electoral system and instituted new laws against corruption. A few weeks ago, they began the process leading to presidential elections that were to be held on October 11th. It still feels unreal to me that this genuine people’s revolution could be stolen by a small group of men just because they have guns.

Let me explain. I am Cameroonian. My current president has been in power for 33 years. The one before him was there for 24 years. Not only is Thomas Sankara one of my gurus (a story for another day), but the people power the Burkinabés demonstrated last year and their determination to build a democratic country, has been deeply inspiring for me and hundreds of other Cameroonians as we work daily to rid ourselves of our own dictator and finally begin the construction of the country we dream of and deserve. The coup d’etat in Burkina is devastating.

In addition to this I am in Bukavu. What you do not hear in the news is that Eastern Congo is of a beauty that gives pause. After spending two days working with women miners here, my emotions are a mess. People here speak of gold, coltan, cobalt and diamonds as we speak of sand. There is no getting your head round the mineral wealth of the Democratic Republic of Congo. It is simply dumbfounding. Just when you think you have finally begun to understand just how rich this country is, you are slapped in the face with the fact that in the Human Development Index it is the second least developed country in the world.

So my heart was breaking for my continent this morning. Me, Cameroonian, stuck in a rut of stupendously bad governance and corruption for the last 33 years, waking up on the shore of one of the nature’s greatest spectacles, in what is one of the richest countries in the world whose citizens are some of the poorest people on the planet, to the confirmation that a great African revolution had just been hijacked by a group of armed thugs.

Despite the condition of my heart, I got up and did what I had to do. I went to work. I spent the day with astonishingly resilient women of Eastern Congo who do backbreaking work day-in and day-out in the mines, for revenues ranging from $1-$2 per day. They laughed and they cried as they told their stories and their challenges. Most importantly they analyzed and thought through what they could do to solve their problems.

They came up with tried and true, run-of-the-mill solutions as well as surprisingly innovative and outlandish ideas. As the day went by, I had moments of stepping back and realizing that these women, faced with some of the direst conditions any human has to deal with, were doing just that, dealing with it. Embracing and confronting their situation in order to handle it. They were spending precious time thinking through problems and coming up with solutions for one simple, clear and unanimous reason. They want their children to have better lives than they do. Such single-minded clear purpose always brings out the best in me.

I completely forgot heartbreak, plunged in with the full capacity of my intellect and energy and gave them my all. We ended the day knowing we had made headway and that though their problems remain immeasurably complex and difficult; we have made and will continue to make steps towards solving them.

As I get ready for my last working day with the Congolese women, my heart is still heavy. What is happening on our continent is devastating and no measure of Africa is Rising slogans or afro-optimism thinking will lift us out of this. Looking at our problems square in the face, building the grassroots power we need (because it is at the root, that we must begin to build), using all of the creativity, knowledge and technology available to solve them, then simply building one block after another until we do and finally staying the course; is what will heal the hole in our hearts. If we are not doing this painstaking work today and every day, heartbreak will continue to be our lot.

I know that despite the sheer madness of today’s situation, Burkina Faso will come out on top. The Burkinabés have been building their path to democracy and dignity painstakingly and despite this setback, I am confident they will find their way. Cameroon and D.R. Congo still have a long way to go, but in each of these countries, people have started doing the painstaking work that is required to build a better life for our children. In each of these countries, these builders are still in the shadows, yet to be able to demonstrate the kind of people power, the Burkinabes have done over and over again; but they are there and they are working.

My heart is heavy for my continent, as it should be; but my feet are light and my head is filled. There is building to be done…And the people of Burkina Faso remain my heroines and heroes.